This week, Netflix released a three-part documentary series about the Woodstock 99 festival, and everyone agrees that it’s absolutely wild. People were stunned by the show, after finding out just how derailed the event ended up being.

Woodstock 99 was meant to be a revival of the peace and love, beautiful festival of the 1960s. The 1960s version of the concert defined the generation and went down in history as one of the most iconic events in his time. But, as the Netflix series shows, Woodstock 99 was anything but the same. 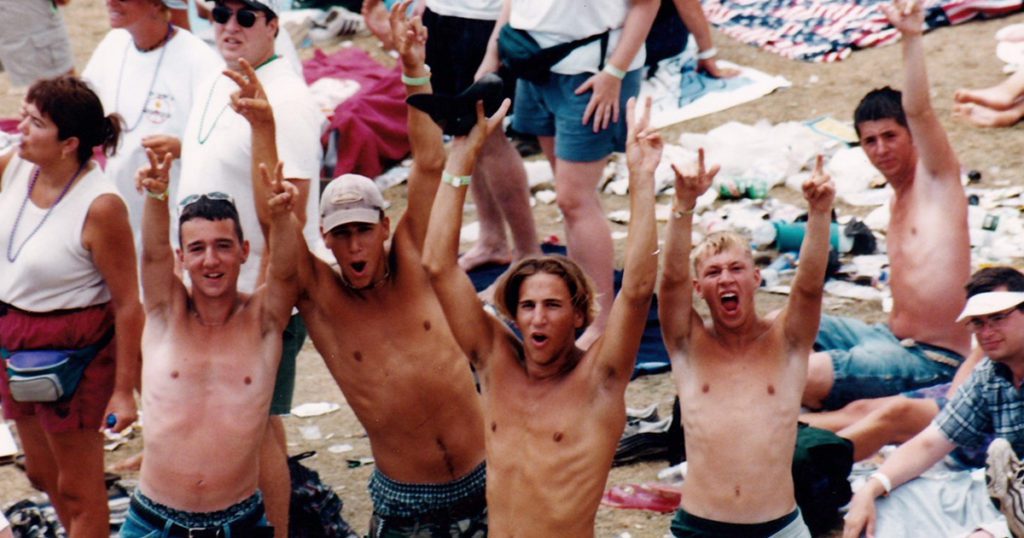 Woodstock 99 became a disaster and ended in riots and chaos

The Netflix series Trainwreck: Woodstock 99 shows exactly how the event turned sour, how audience members felt they were being treated like “animals” and rioted, destroying the venue and literally burning it down. People set fire to parts of the sets, rioted and looted shopping areas. Violence erupted, there were reports of sexual assault and three people lost their lives over the weekend.

Woodstock 99 has gone down in history as one of the biggest festival disasters ever. He was called out because of the terrible conditions, the security in place, and the violence, crime, and horrific behavior among the crowd.

Netflix’s synopsis for the series reads: “Woodstock ’99 was supposed to be a millennium-defining celebration of peace, love and great music. Instead, the festival degenerated into an epic train wreck of fires, riots, and destruction. Using rare insider footage and eyewitness interviews with an impressive roster of festival staff, artists and attendees, this docuseries goes behind the scenes to reveal the egos, greed and music that fueled three days of utter mayhem.” 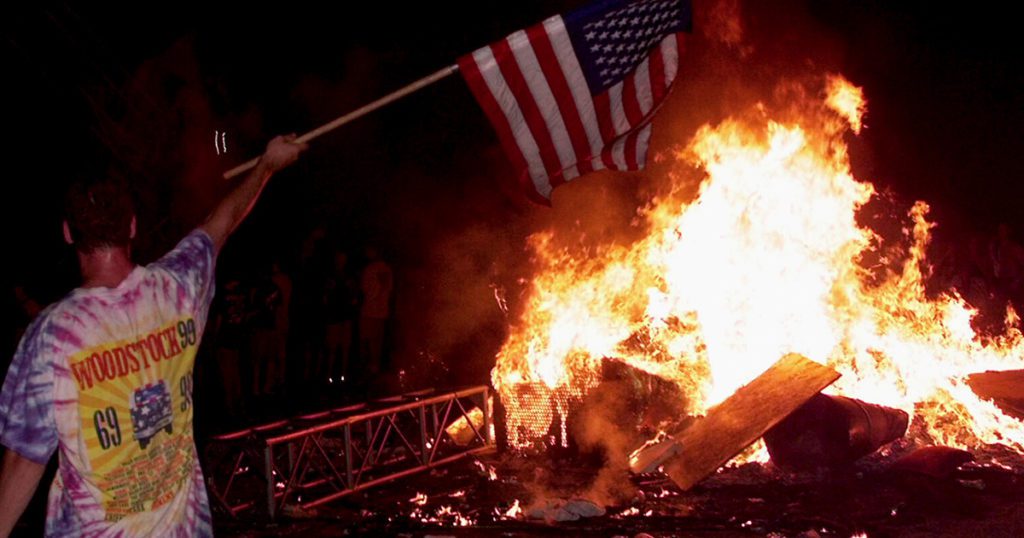 Twitter definitely agrees that it’s one of the most intense documentaries to ever hit Netflix. “It’s been a long time since a documentary really hit me, but the Netflix series on Woodstock 99 is one of the craziest things I’ve ever seen,” said one. Others have called it “horrific,” recommended people watch it, and said it makes the Fyre Festival look tame.

The Woodstock 99 documentary is scarier than most horror movies I’ve seen. It’s a shitstorm of violence and debauchery, the most worrying being the attitudes of John Schers and the late Micheal Lang, absolutely no accountability, and blood on their hands. #Woodstock99

It’s been a long time since a documentary really hit me, but Netflix’s series on Woodstock 99 is one of the wildest things I’ve ever seen. #Woodstock99 #TrainwreckWoodstock99

If you are looking for a documentary to watch this weekend, I would recommend #Woodstock99.

The documentary Music Box: Woodstock 99 is horrible and a perfect example of angry white kids and it shows exactly why we are where we are. Privilege and misogyny turn her stomach. #woodstock99

If this isn’t on your watch list for the weekend, make sure it is.

Trainwreck: Woodstock 99 is now available on Netflix. For the latest Netflix news, releases, quizzes and memes like The Holy Church of Netflix on Facebook.

Related stories recommended by this writer:

• What happened to Woodstock founder Michael Lang, and how did he die?

• Woodstock 99 on Netflix: Were there any deaths at the ‘train wreck’ festival?

• The most hated man on the internet Hunter Moore is back on Twitter, with a lot to say