The Victorians showed great promise at the Junior National Championships at Coffs Harbour.

The tournament provided young athletes with competing on a national level and furthering their soccer journeys.

Former soccer player Josh Kennedy said the Nationals are an “integral” part of the paths and development of players.

“It’s an opportunity for them to be away from home, spend the week in camp in a high-pressure environment and bond with their teammates or coaches,” he said.

“There is development on and off the pitch. It gives them an idea of ​​what a professional player experiences on tour when he plays for a national team, so it’s an important part of his journey.”

Head coach Jasper Kristensen said he was “very impressed” with the U14 playing group.
“It was a very strong Under 14 group,” he said.

“The Championships are a benchmark exercise to see where the players are.

Although playmaker Julian Recchia received U-14 Player of the Tournament honours, it was the defensive efforts of his Victoria Blue team that pleased Kristensen the most.

“We played seven games and kept six clean sheets and the only time we conceded was in the Semifinal where we lost 1-0,” he explained.

“It says a lot about the team, the group played very well.”

Kristensen said the results the Victorians were able to produce were most notable due to minimal preparation before the tournament.

“We only had the players once a week during August and September and we only played one practice game,” he said.

“If we can get more time with the players, who knows what we might do.” 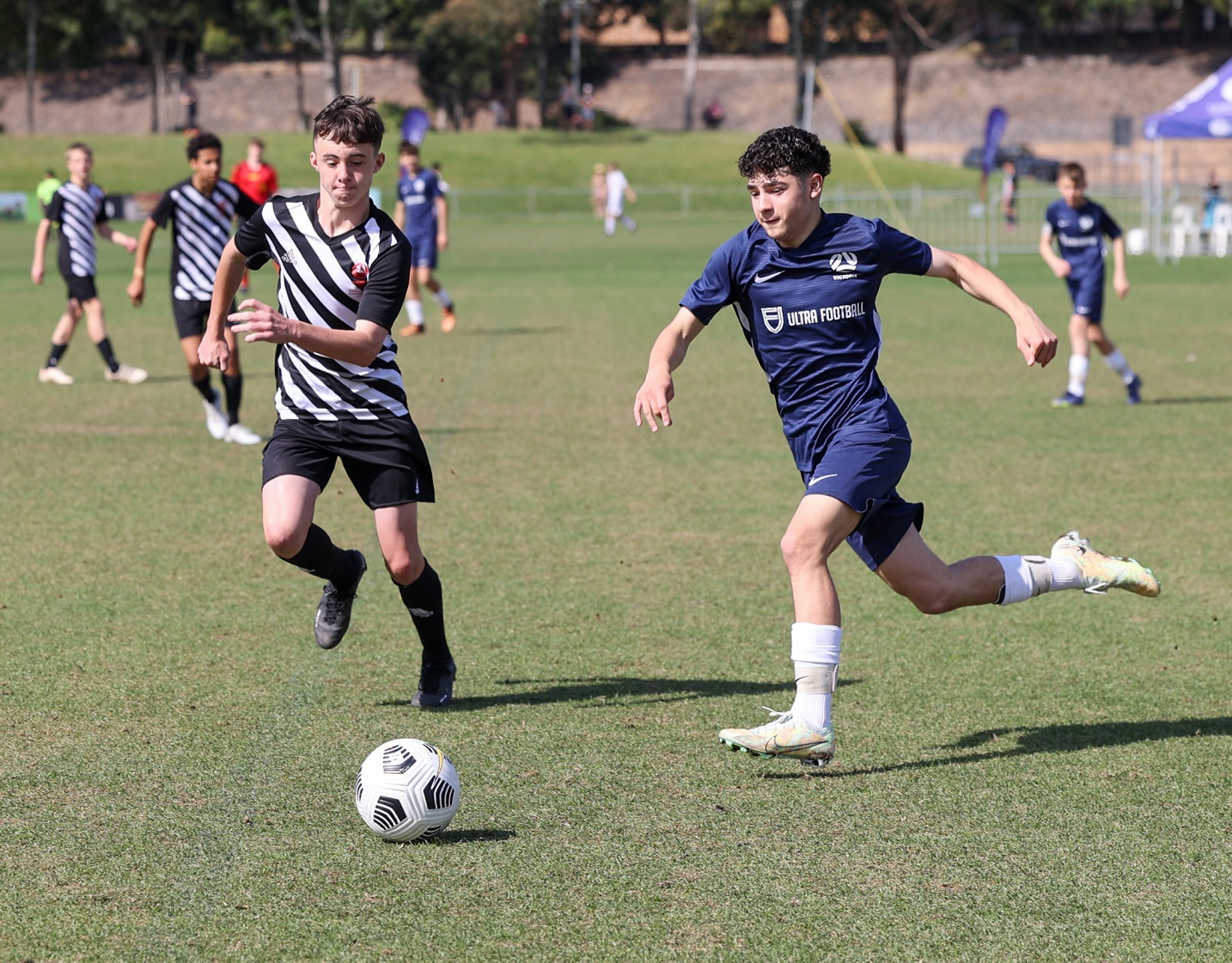 All of Victoria’s Under-15 teams finished second in their groups with Victoria Blue finishing fourth overall and securing a place in the semi-finals against Queensland.

Adrian Mazzarella’s team started slowly, losing to NSW in their first game of the tournament, however they were able to win the remaining games to secure a birth in the final.

“Our goal was to win every game from there, which we did and we were able to secure a spot in the final,” Mazzarrella said.

Victoria Blue would eventually go down to Queensland in a penalty shootout in the semi-final after failing to capitalize on their chances.

“The game was pretty much in our favor,” Mazzarella explained.

“They gave us a second penalty and it came five minutes from the end and unfortunately we hit the crossbar that sent the game directly to penalties.

“We had the most possession, created the most chances and played the best football in my opinion, so it was disappointing that the game was decided on penalties.”

The U15 team then found themselves in the third place play-off against Western Australia, which the Victorians knew was going to be quite the task.

“They were probably the team that played the most during the year, so they were the most organized team, so going up against them in the third-place playoff we knew it was going to be a challenge,” Mazzarella said.

See also  The Evart Wildcats football team at the top

“It was a great performance by the Victorian boys.

“We had an open goal at one point, but we couldn’t finish the game and eventually lost in a penalty shootout again, which hurt.”

Mazzarella said he had a host of consistent players, including Daniel Graskowski, who was named Goalkeeper of the Under-15 Tournament.

Anton Primorac and Christian Polyzoudis were particularly strong in midfield,” he said.

“Meden Memeti, who was powerful up front, scoring the most goals for our team.

“Defensively we had some really solid performances, John Radmisis and Fin Crompton.

“Mikael Evagorou-Alou was the only player who played every minute and he thanked Dylan Leonard who was our most flexible player. We played him in a variety of positions and he was excellent in every position we played him in.”