The Church of England is suggesting that parish priests put on Christmas plays in which the Three Wise Men don football jerseys and scarves, blow vuvuzelas and strut offstage to Three Lions. Instead of myrrh and frankincense, they present the baby Jesus with deodorant and muscle massage. The shepherds play soccer instead of staying in the fields, and are told by angels that the approaching Savior is ‘bigger than Ronaldo’.

The angels, I’m sorry to tell you, also sing ‘He’s coming soon!’ to the tune of (you guessed it) ‘football comes home’. There’s even a soccer ball in the manger.

You could accuse me of lacking a sense of humor if any of this was even remotely funny. But it’s just pathetic, the actions of a body that has been defeated, struggling to stay popular by fawning over its enemy.

I have often mocked here that the bizarre obsession with soccer is, in fact, a pagan religion, with its violent, spiteful, and deceitful rites, from dirty tackles to feigning pain, performed in vast temples, on television. broadcasting them to billions.

Over time, it is bound to outgrow the less entertaining beliefs that have guided much of human behavior up to now. But I think this CofE nonsense is proof. 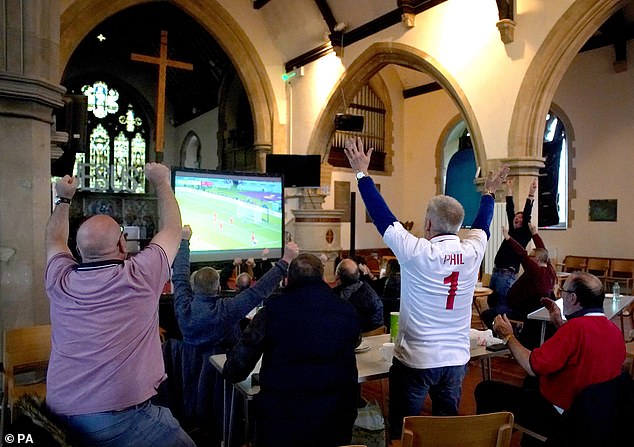 The Church of England is suggesting that parish priests put on Christmas plays in which the Three Wise Men don football jerseys and scarves, blow vuvuzelas and strut offstage to Three Lions. Pictured: Fans celebrate England’s third goal as they watch the England v Iran game at Holy Trinity Church in Sittingbourne, Kent.

The leadership of that Church, always the first to succumb to the spirit of the times, has even advised vicars to avoid having Christmas carol services on the Sunday before Christmas in case they coincide with some football tournament now all the rage in the Middle East.

A document titled How to make the most of the World Cup final on December 18, 2022 says: “Churches usually hold Christmas carol services in the afternoon or evening, and this could still be possible if you choose the time carefully. …but what if there are penalties? It may be better to avoid that day altogether and organize a Christmas carol service on Saturday the 17th instead.’

And the grotesque Nativity play, called Greatest Of All Time, is one of “a few ideas on how you could use the World Cup as a missional tool this Advent and Christmas.” I’m not making this up.

Indeed, the Bishop of Derby, Libby Lane, has quite rightly said: ‘Personally, I don’t think the World Cup should ever have been awarded to Qatar.’ And the Church has slowly come to realize that Christianity gets a pretty raw deal in that Islamic state. 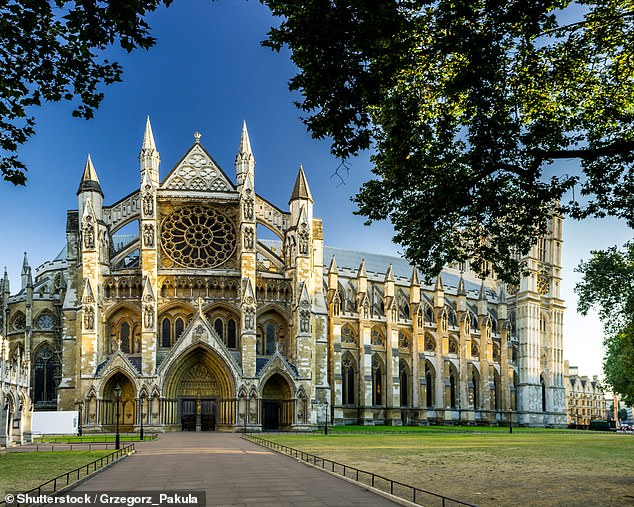 The leadership of that Church, always the first to succumb to the spirit of the times, has even advised vicars to avoid having Christmas carol services on the Sunday before Christmas in case they coincide with some football tournament now all the rage in the Middle East. Pictured: Westminster Abbey

I tend to think that the best response to that is to move forward with confidence into Advent and Christmas.

I think there must be quite a few people who see in this World Cup that the supposed glamor of football, and its modern attempts at kneeling and wearing campaign armbands, are as empty as spent fireworks and as vulgar as discarded tinsel.

It really is about nothing but money, a greedy industry with no real principles, whose so-called heroes are all too human when put to the test.

Many of us would be happy if the Church were willing to take a bit of a risk, to point out that there is a higher authority in the world than FIFA and a lasting glory that remains after the TV lights go out and the millionaire commentators have flown. to home.

I’m glued to the sleaze in Obama town

I’ve barely watched live TV for several weeks, having been sucked into American drama The Good Wife, set in Chicago and now free to watch on All4, if you can stomach the incessant ads.

Its heroine, played by Julianna Margulies, is forced to return to practicing law when her husband-in-law is sent to prison. And this leads her to an endless whirlwind of melodramas in her court and outside her, in that very dangerous but glamorous city. 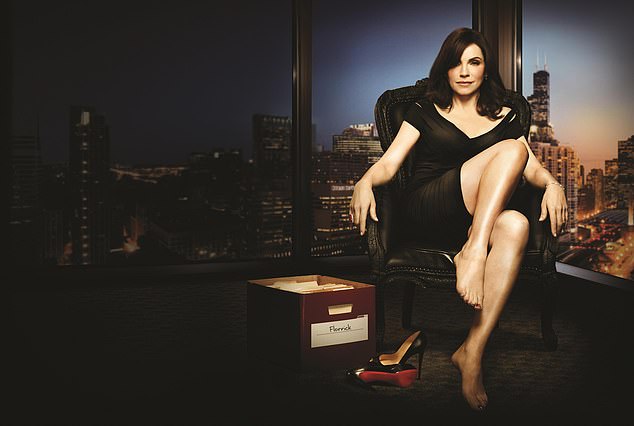 See also  How surge in travel has impacted the insurance sector?

Its heroine, played by Julianna Margulies (pictured), is forced to return to practicing law when her husband-in-law is sent to prison. And this leads her to an endless whirlwind of melodramas at court and outside it, in that very dangerous but glamorous city.

Chicago is my favorite American city, much more representative of the USA than New York’s Babylon. The drama is full of grim politics obviously straight out of life. I kept wondering how the supposedly sanctified Barack Obama found his way through Chicago’s ultra-sleazy, rose-smelling political machine.

Join me on Twitter to help save free speech

Some of you may have noticed that I post my Twitter account @clarkemicah at the top of this column. I suspect many of you are wondering what this has to do with me or you.

Well, the mango would take a long time to explain. It is based on the name from a favorite book and I use it because someone else had already taken my real name. But can I invite more of you to join Twitter and maybe take an interest in what I’m doing there?

I used to despise Twitter, especially its silly name. I said (and still think) that it is a left-wing electronic mafia, and like all mafias, it can get very nasty and rude. But for anyone trying to get ideas across in the modern world, it’s now essential.

This is why there is so much discussion about Elon Musk buying the site. There is nothing like that. What you do to him will make a big difference in debate and freedom of expression.

For me, it’s like broadcasting that the BBC every time won’t let me do. I can instantly respond to important events. I can respond directly to people who want to criticize me or (less often) agree with me. I get to tell people about my books, YouTube appearances, public meetings, and debates. And that is why I am in favor of the most lax restrictions possible.

My views, which 50 years ago would have been considered quite normal, are fast becoming unpalatable to the generation coming out of our propagandized schools and universities. Unless expression is free on Twitter, it won’t take long for people who claim to have been offended by one of my opinions to find a way to shut me down.

It’s unclear how this will go, but it would be good for free speech if more conservative-minded people joined in.