THE DREAM MOVE to Abu Dhabi turned into a nightmare; Long-distance running within the four walls of her tiny apartment, sprinting up her block, and online physical education classes in her empty classroom.

The school year ended on July 1st last year and Fiona Dempsey was on the next plane home the next day.

Nonetheless, the Offaly Ladies footballer, who has already spent over a decade in Scotland, is planning another long-distance tour later in the year when Australia could visit.

She’s not letting the madness of 2020 and early last year stop her love of traveling and playing in another part of the world.

“Good weather, the opportunity to travel and football definitely helps. I know Sydney has good teams out there,” Dempsey said.

The 29-year-old, who turns 30 on Monday, has played for clubs Na Fianna and Naomh Maolaoise in Offaly, Dundee University and Glasgow Gaels in Scotland, as well as another Na Fianna club in Abu Dhabi.

But tomorrow she will represent Faithful County again in the TG4 All-Ireland Intermediate Championship when she takes on last year’s finalists Wexford.

She traces her urge to wear that jersey back to her early days as a underage soccer player. Called up at U-12 level, she will never forget the feeling representing her district, even at this tender age.

“When I was at school we had to sow while the third, fourth, fifth and sixth grade boys played football. That was training for our school team,” Dempsey said.

“In sixth grade I finally plucked up the courage to say ‘that’s unfair, I can’t train’, I’m looking out the window at the boys.’

“For me, a lot of my hunger to play football and my competitive side and determination came from playing with the lads as a underage and trying to compete with them physically and everything.

“It also gave me a small advantage. I went to county when I was under-12 and played until I left in 2010. I had been away from county for ten years and decided to come back with all the memories I had of minors.

“That sense of pride in wearing the district shirt at such a young age…there’s such a short amount of time that you get an opportunity to play for your district, so I think it’s fantastic.” 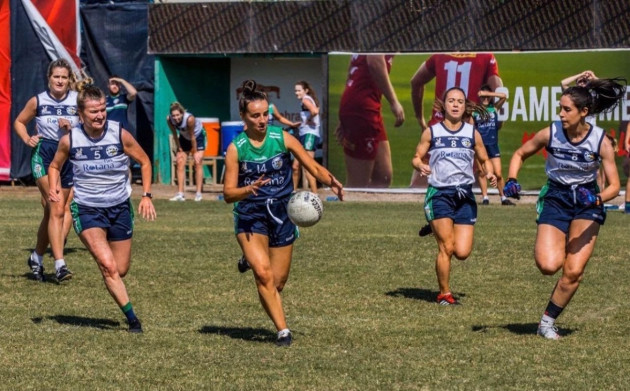 Dempsey finished school and chose the less likely route when she went to Dundee to study physical education.

She had just turned 18 at the time, and while the whirlwind freshman year of college helped her settle in, she really felt at home in women’s football.

“When I was in Dundee I played at Dundee University. I competed in the British Championship over there. One of those years I was nominated to play for the British Universities All-Stars team,” Dempsey said.

“I kept playing football over there but after two years I got injured which stopped my football for two or three years. But after qualifying as a teacher I went to Scotland and played in a club. I played for the Glasgow Gaels.

“I was very lucky, I played with a number of other girls from the county who played when I was over there. I’ve had the opportunity to play with quite a few serious players over the years. It was always competitive and at a very good level. That helped me a lot when I came back.”

Then, in September 2019, Dempsey moved to the UAE in the Middle East, where she hoped to live her dream, like many Irish teachers heading in that direction.
But in March that dissolved into an uproar when Covid-19 struck and strict local rules took hold.

“We went to school and rumors were circulating that Covid had struck. People started getting cases. Then on Thursday, which would have been our last day of school at the time, they told us they were canceling our spring break,” Dempsey said.

They went into full lockdown and teachers had to adjust to the new online learning model. For an active athlete, it was the worst-case scenario.

“From that day on we wore masks. They assumed that if you were to shut down everywhere in public so you wouldn’t be allowed to leave your house, even for walks, you would be fined,” Dempsey said.

“Also, we had played our leagues and went into full swing from training until all football is cancelled, all tournaments are cancelled. A big change in a small timeframe.”

Get closer to the stories that matter with exclusive analysis, insights and discussions in The42 Membership. 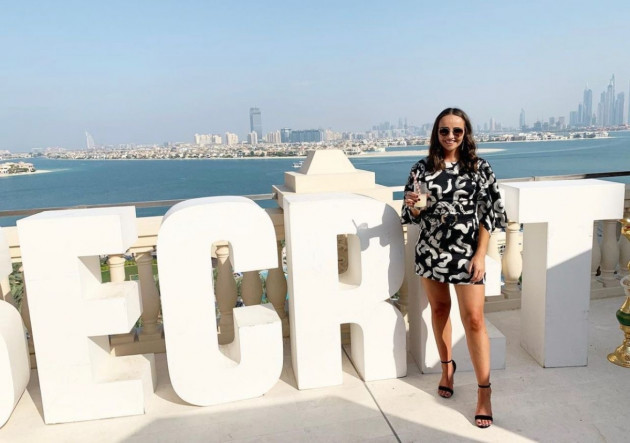 Dempsey pictured on her first day in the UAE.

Desperate to keep her mind and body active, the Killeigh native found inventive ways to stay fit without leaving her block of flats.

“I did absolutely crazy things, I ran 5km and 10km around my apartment. It was a one bedroom house and I used to run around it, I had a little path,” Dempsey said.

“Honestly, I used to do that. Looking back on it, and I didn’t just do it once, I did it a couple of times. Anything to fill the time, there’s only so much Netflix to watch. I also trained at home, we used to do sprints up the stairs. It was crazy stuff.

“Then finally in May you were allowed to go outside. Did the 100km in May and walked a lot. Now I’m allergic to runs like that.”

Dempsey spent another year in Abu Dhabi before rushing back to Ireland last summer. She has moved to Dublin and teaches at Balbriggan Community College.

Their main focus this weekend is Wexford tomorrow and the reigning Lidl NFL Division 4 champion looks to be in a good position judging by Enniscorthy.

“We had a great game against Laois and Laois are definitely a strong middle class team. That was a big confidence boost for us,” Dempsey said.

“We are very excited to launch the All Ireland series. We’re playing Wexford this weekend, I haven’t had a chance to play Wexford yet. We are definitely looking forward to this challenge.

“With teams in the lower leagues it can sometimes be very difficult to get out of them even though you know you are capable of playing at a higher level.

“We’re looking forward to it. Hopefully we’ll put in some good performances over the next few weeks.”