After last weekend’s impressive win at Tranmere Rovers, Steve Evans’ men will be hoping to carry their confidence into Saturday’s game against the 2021/22 National League champions. As for Stockport, Dave Challinor will be looking for a reaction from his side after they suffered a 3-2 defeat by Barrow on their return to the EFL.

The much-anticipated return of the Cheshire side to the EFL was disappointing for Stockport fans as their opponent Barrow went 3-0 up within the half-hour. Despite goals from Paddy Madden and Antoni Sarcevic in the second half, the newly promoted side went home in defeat on the opening day. Stockport will arrive in Hertfordshire on Saturday to prove a point in their first EFL away day in 11 years.

Manager Dave Chalinor took over as Stockport boss in November 2021 after stepping down from his managerial position at Hartlepool United, where he won the 2020/21 National League play-offs. Leading Stockport to the National League title earlier this year meant Chalinor managed promotion to the Football League in two consecutive seasons with two clubs. He currently has a 72.5% win rate on The Hatters.

Stevenage and Stockport have only met three times in the competition, with Boro thus far unbeaten against The Hatters. The first meeting came in 2003 when Stevenage, then in the conference, defeated their third-tier opponents in the FA Cup 2-1 with a brace from Dino Maamria. Current Stockport boss Dave Challinor started in defense for The Cheshire side that day.

Then, as Stevenage first managed promotion to the EFL in 2010, their first ever Football League win came at home to Stockport, with Charlie Griffin and Michael Bostwick finding their names on the scorer’s list. That season’s second leg at Edgeley Park ended in a 2-2 draw as Mark Roberts and Lawrie Wilson scored a goal each.

Adam Herczeg has been appointed match umpire for Saturday’s game and will be assisted by assistants Scott Williams and Steven Plane with Greg Read as the fourth official. This campaign is Herczeg’s first in the EFL, having previously officiated in the National League. 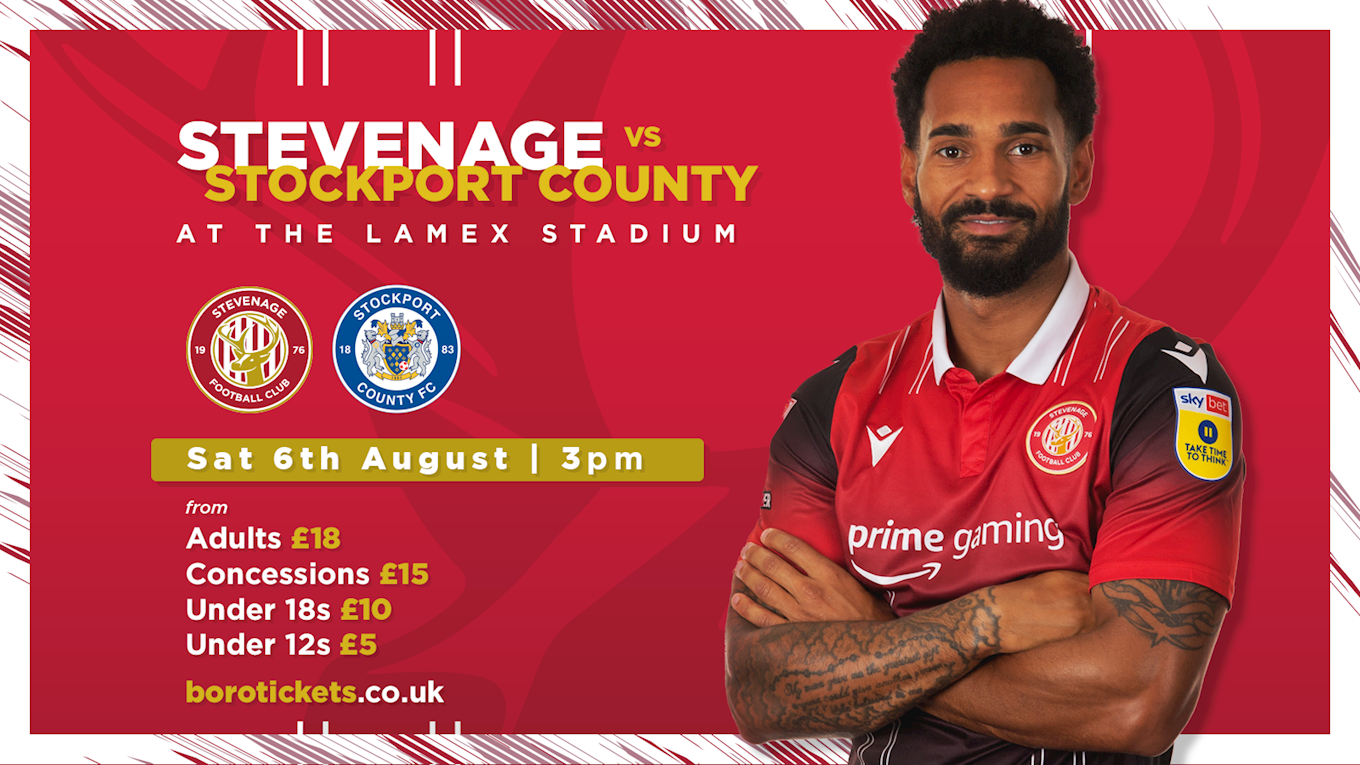