But Margot Robbie’s latest appearance with cast-mates on Sunday evening was enough to get even plastic paramour Ken’s blood boiling after an evening out in London’s west end concluded at one of its most notorious nightspots.

The Australian actress, 31, let her hair down at Soho venue The Box, which opens at 11:00pm, prohibits the use of camera phones due to the provocative nature of its raunchy stage shows and also refers to itself, somewhat mysteriously, as the ‘Theatre of Varieties.’ 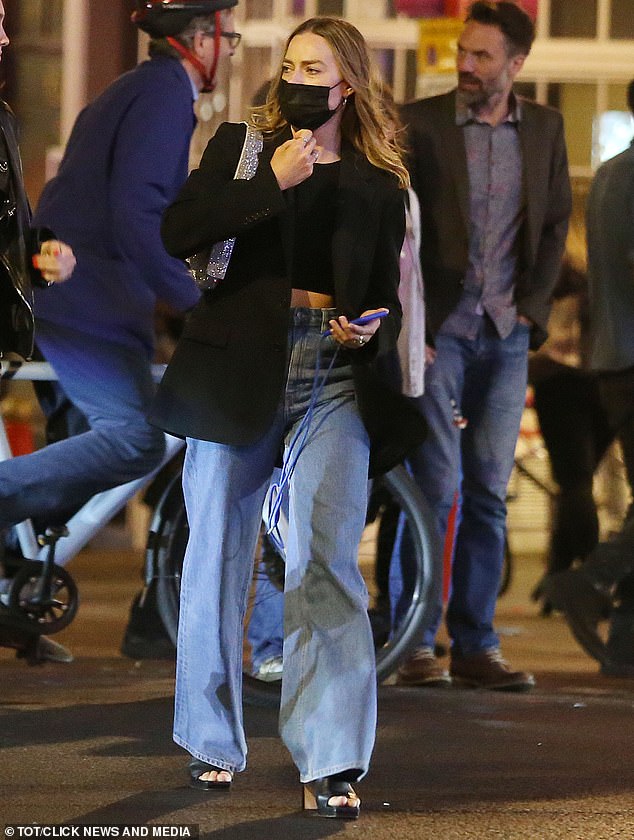 Cone on Barbie, let’s go party: Margot Robbie enjoyed a night out with her castmates in London on Sunday evening

The night had started rather more innocently with the group attending a performance of stage show Magic Mike at the family friendly London Hippodrome before taking a short stroll to the Walkers Court venue.

She was accompanied by Barbie director Greta Gerwig and a handful of castmates, notably Ncuti Gatwa – the soon-to-be fourteenth Time Lord after being confirmed as Jodie Whittaker’s replacement on BBC show Doctor Who.

Rising star Gatwa, 29, will play love interest Ken – one of three to feature in the forthcoming film – and he appeared to be worse-for-wear while making his way across the street with Gerwig in the early hours of the morning. 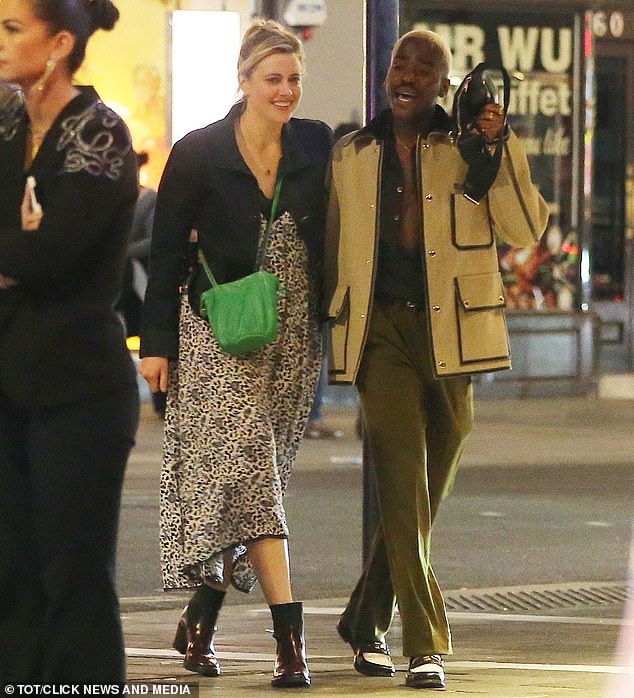 Don’t mind us: She was accompanied by Barbie director Greta Gerwig and a handful of castmates, notably Ncuti Gatwa – the soon-to-be fourteenth Doctor Who 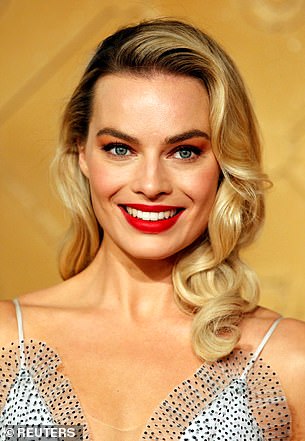 Barbie girl: Margot has been long slated to play the world’s most iconic fashion doll in a live-action movie and back in December 2020, she vowed to give audiences ‘something totally different’

Safety first: Despite London returning to normal, Margot wore a precautionary face mask as she made her way across the street during her appearance in Soho 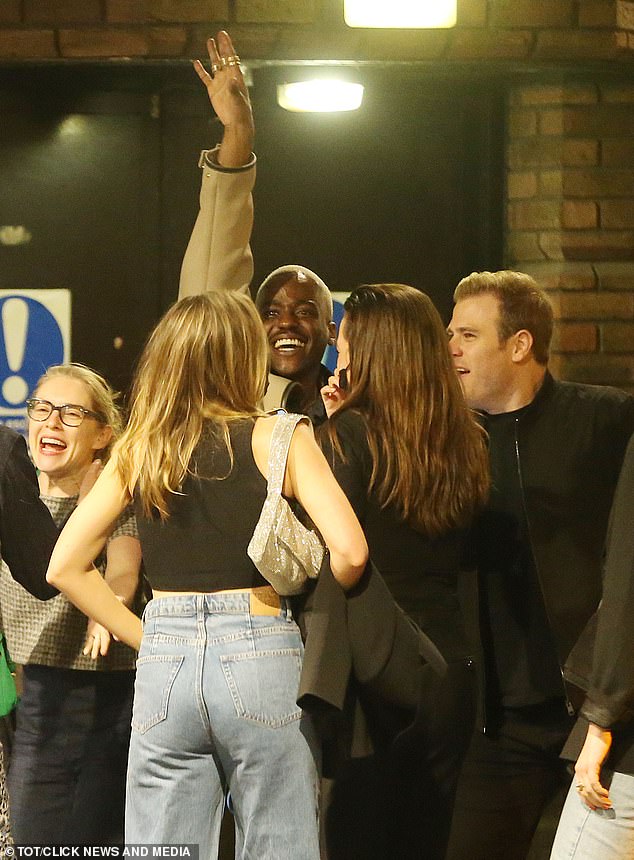 Party time: Spirits appeared to be high as Margot, Gatwa and their castmates queued up outside notorious London nightspot The Box

Emma Mackey, Scott Evans, Alexandra Shipp & Kingsley Ben Adir were also out during what appeared to be a cast get together in the English capital.

Despite life returning to normal in London, Margot still opted to wear a precautionary face-mask while making her way through Soho’s narrow streets with her co-stars.

The actress looked typically stylish on the night, opting for a black crop top, high-slung flared jeans and a smart blazer for her appearance at the raucous venue. 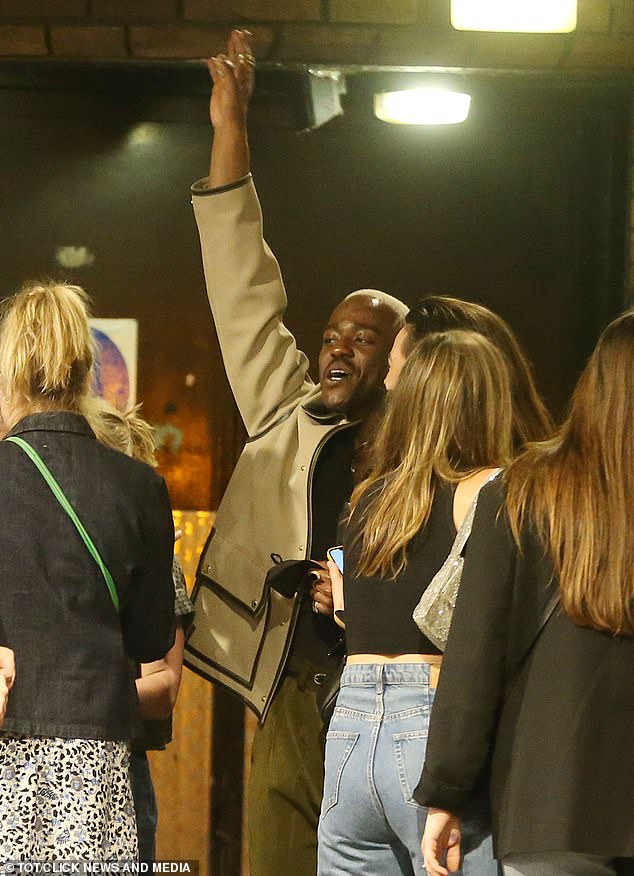 Here we go: Gatwa, who will play one of three Ken’s in the film, raised an arm aloft while waiting outside the Walkers Court venue 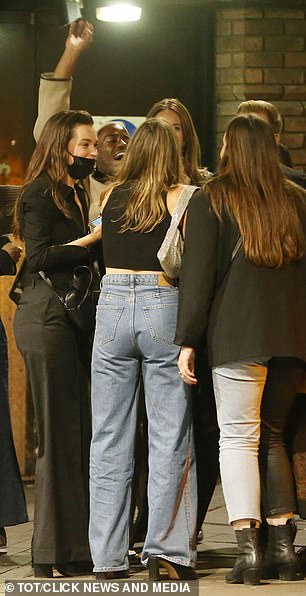 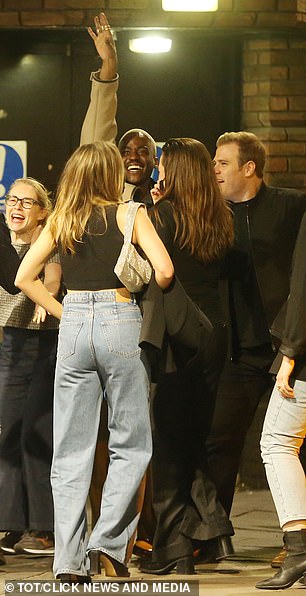 Letting off steam: The group were in a celebratory mood while taking a break from the film., which began principal photography at Warner Bros. Studios in Leavesden earlier this year 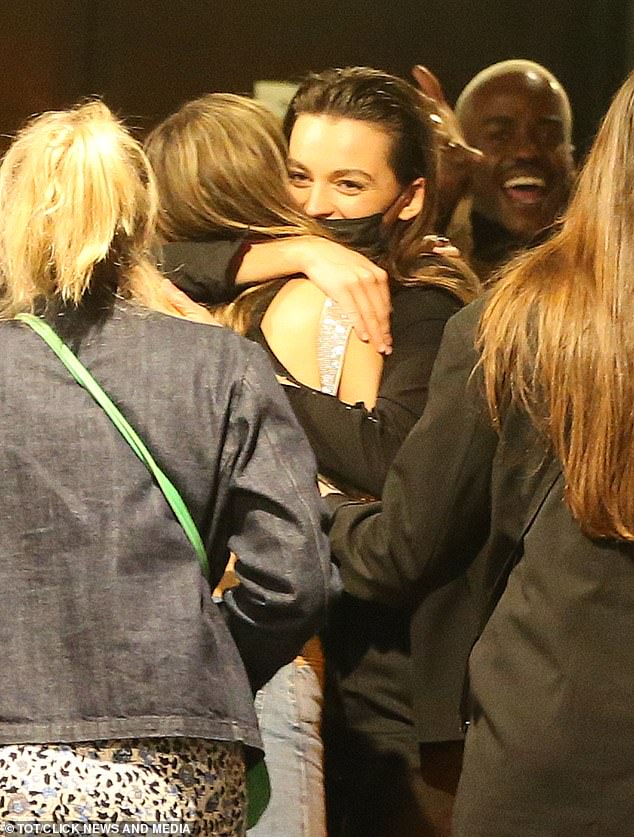 Close: Margot and co-star Emma Mackey embraced in the street during their latest night out

Perfect Barbie: Margot, pictured in 2017, is a spot-on match for the popular children’s toy 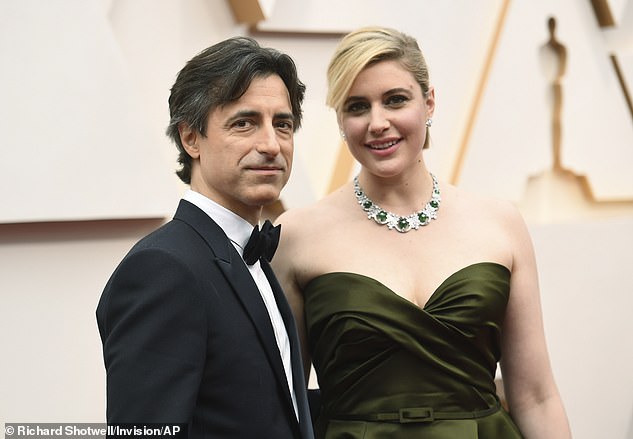 Flip the script: Greta Gerwig (right) will direct the film as she penned the script along with longtime partner Noah Baumbach

Gerwig, 38, wrote the script for the new film – which is based entirely on the American toy brand – with her longtime partner Noah Baumbach.

An IMDB synopsis for the upcoming film reads: ‘A doll living in “Barbieland” is expelled for not being perfect enough and sets off on an adventure in the real world. A Live-action feature film based on the popular line of Barbie toys.’ 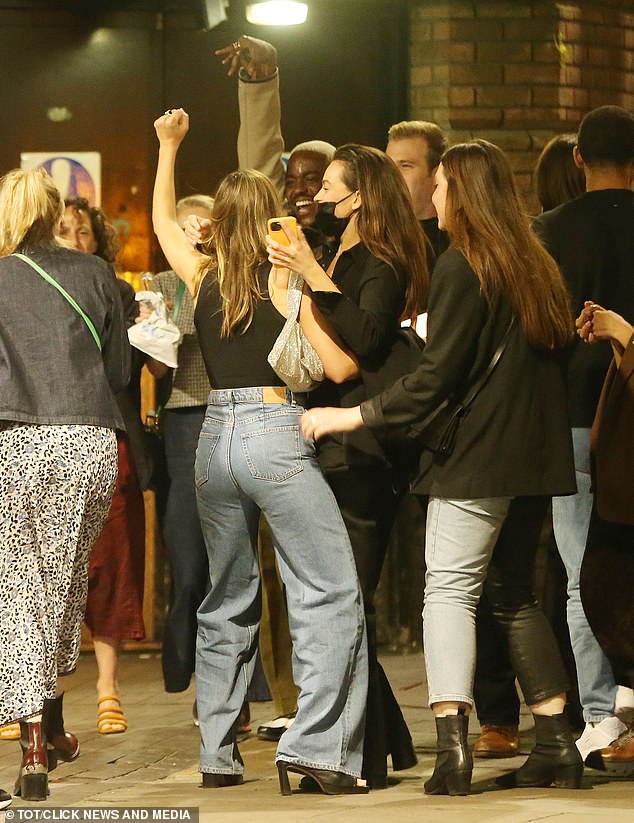 Plastic fantastic: Margot danced with Gatwa on the narrow side-street adjacent to The Box

Can’t wait: The group were all set for The Box, which prohibits the use of camera phones due to the provocative nature of its stage shows and also refers to itself as the ‘Theatre of Varieties’ 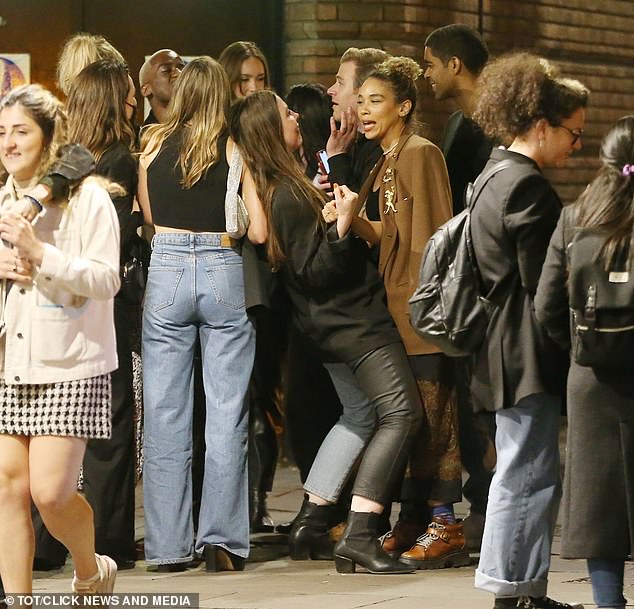 Blending in: The cast-members mingled with fellow revellers outside the popular venue 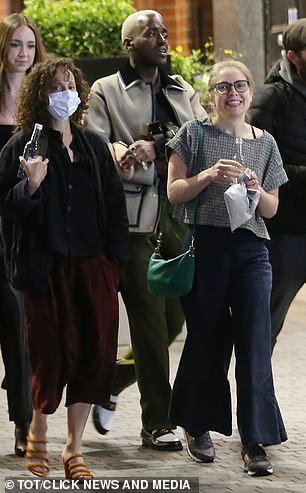 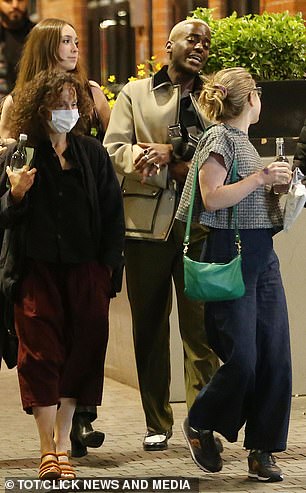 Can someone book a Tardis? New Doctor Who Gatwa was seen leaving The Box in the early hours of the morning 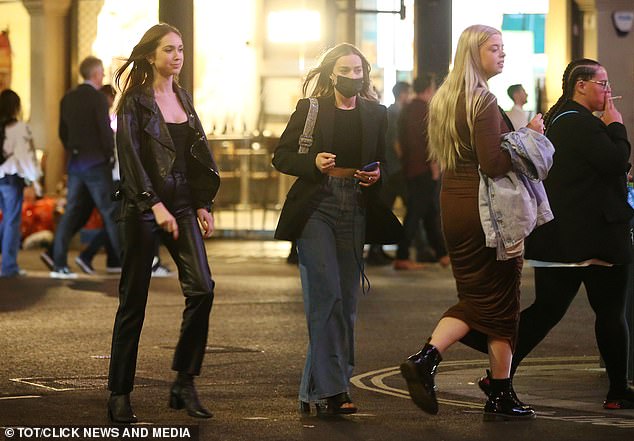 She’s off: Margot kept her mask firmly in place as she prepared for the journey home on Sunday evening 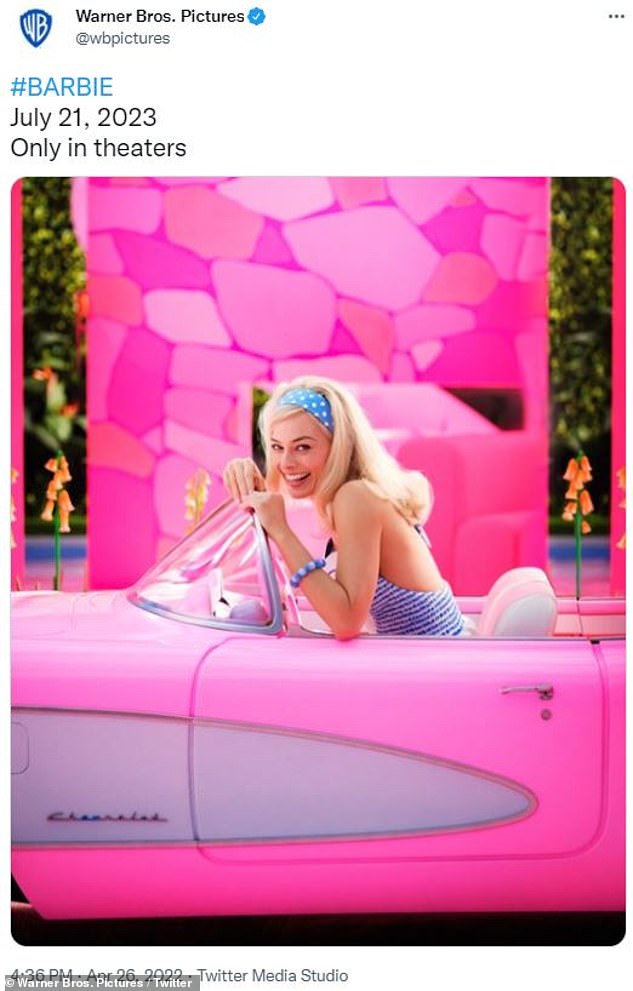 Let’s go party: Margot was seen for the first time as the iconic Mattel doll in a new teaser image released for the Barbie film in April

Margot has been long slated to play the world’s most iconic fashion doll in a live-action movie and back in December 2020, she vowed to give audiences ‘something totally different.’

Opting for something ‘a little left center,’ when it comes to her portrayal of the Mattel doll, the project will be produced by her LuckyChap Entertainment Company whose motto is, ‘If it’s not a f**k, yes, it’s a no.’

Speaking to The Hollywood Reporter about the project Robbie said: ‘Something like Barbie where the IP, the name itself, people immediately have an idea of, “Oh Margot is playing Barbie, I know what that is.”

‘But our goal is to be like, “Whatever you’re thinking, we’re going to give you something totally different – the thing you didn’t know you wanted.”‘ 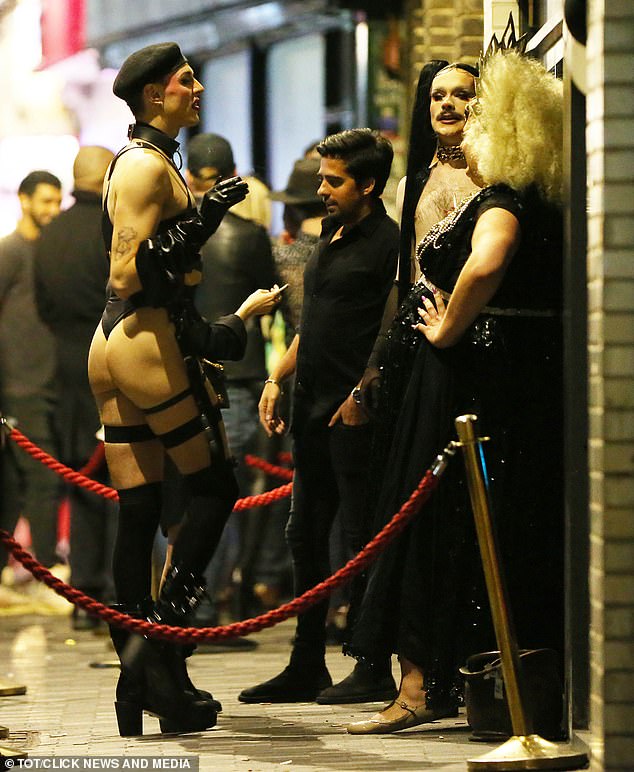 Main man: Barbie co-star Kingsley Ben Adir was also seen outside the club with his castmates 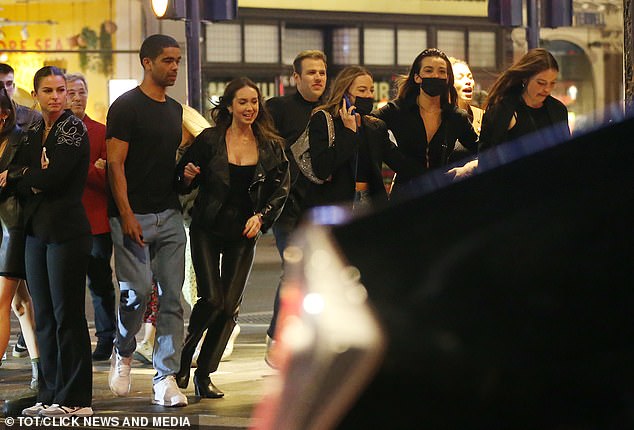 That’s enough for tonight: The group waited for cabs following their appearance at The Box 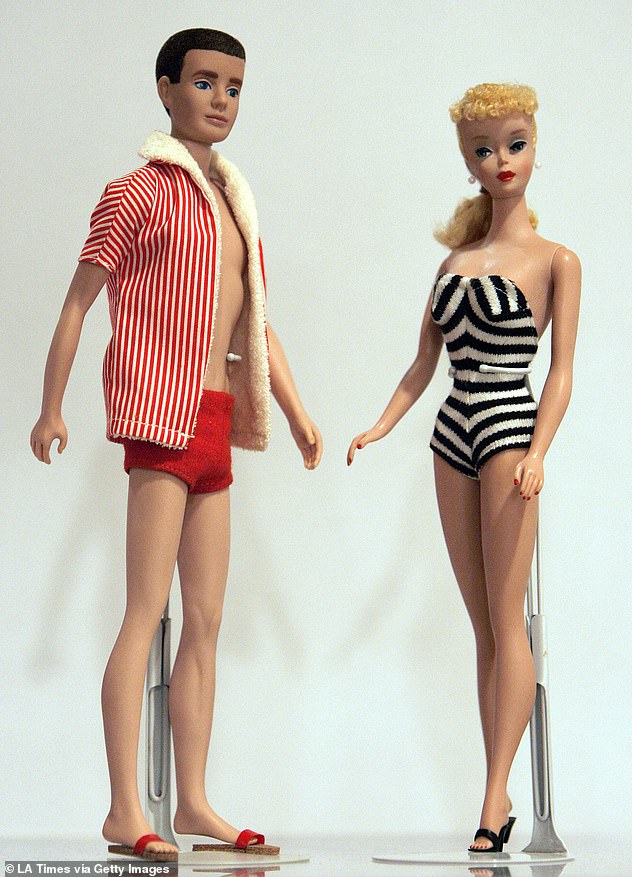 A synopsis on IMDB of the upcoming film reads: ‘A doll living in “Barbieland” is expelled for not being perfect enough and sets off on an adventure in the real world’