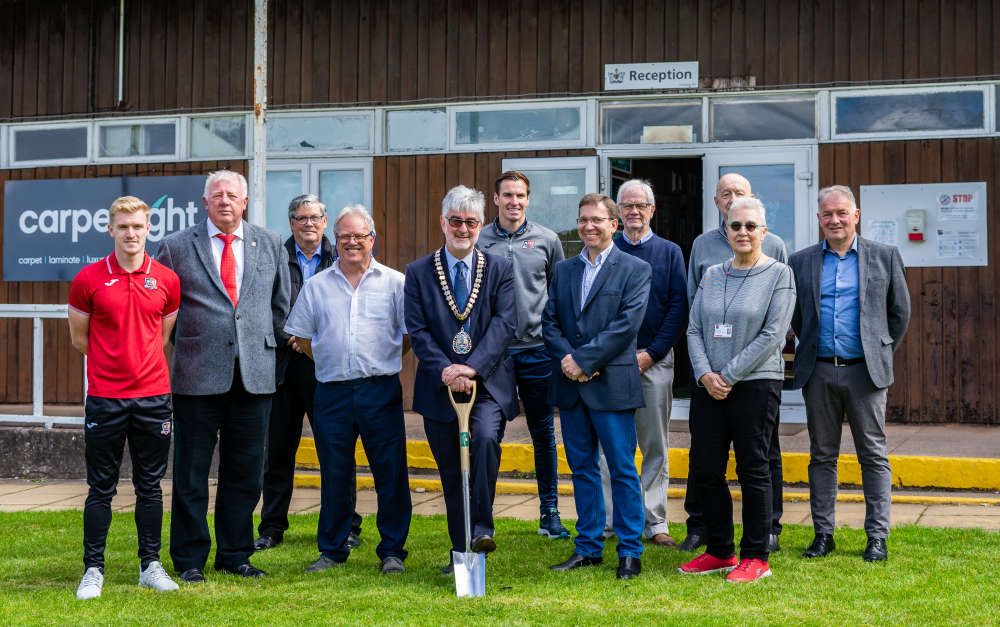 It replaces a 50-year-old provisional

The groundbreaking ceremony was held to mark the start of work on a new £3million training facility for Exeter City Football Club, replacing a ‘temporary’ building that has been in use for almost 50 years.

The new building at Cliff Hill Training Ground (better known as Cat and Fiddle) on Sidmouth Road is erected offsite and then transported to the training ground.

A company called Modulek will construct the new building after the original contractor pulled out.

It’s already over original budget, which the club attributes to pandemic-related volatility in the construction sector, which has resulted in higher material costs.

Members of the Supporters’ Trust, which owns the club, voted last year to continue the project.

Nick Hawker, Chairman of the Trust, said: “As a fan-owned club it was important to us to reflect the fact that we are a democratic organization and to ensure fans have a say in this important project. It is fantastic to see the ground breaking ceremony today signaling the start of work on the foundations and we look forward to seeing the project progress over the coming months.

“The cost increase has been borne by Supporters’ Trust through the loan facility agreed by its members earlier this year. Modulek have built facilities for other football clubs including Bournemouth and Wolves and our project team have worked hard to bring the cost down so there is a reduction on the original offer. Importantly, we have retained all the features of the original plans.”

The new building replaces the dilapidated existing building, which was built in 1974 and was always intended as a temporary solution.

The modules will arrive at the training ground and be placed on prepared foundations by crane. This means the work can be carried out alongside the existing building while minimizing the impact on day-to-day activities.

After foundations are completed in early July, little operation will be visible until mid-October while the building is fabricated elsewhere. The development should be completed by the end of the year.

Julian Tagg, President and Director of External Relations and Football at Exeter City Football Club, said: “We are proud of the existing pavilion, which was built almost 50 years ago as a temporary building, but it really is time to improve the facilities , and that will make a huge difference to our players, management and the many other staff that work here.

“Upgrading of our training facilities, like all of our facilities, is ongoing and massive progress has been made under the ownership of the Trust; a fantastic reflection of our ownership model.”

A Kit Out the Cliff campaign has been launched, with articles sponsored by companies and individuals.